I had Bak Tuk Tek at "Ng Ah Sio Pork Ribs Soup Eating House" at Hong Building on Rangoon Road today. This store made news sometime ago for refusing to open after its opening hours to serve Hong Kong's Chief Executive Tsang.

I seldom eat Pork Ribs Soup, or as local called it "Bak Tuk Tek" - Pork Bone Tea in Chinese dialect. But this store serves pretty good one, their soup is peppery but not too spicy wih the taste of Chinese herbs. Tasty! Goes great with a bowl of white rice. The star is the soup, the ribs is really nothing to shout about, since like all Bak Tuk Teks its taste is absorbed into the soup. Recommended side dished will be fried dough fritters and bruised pork legs. 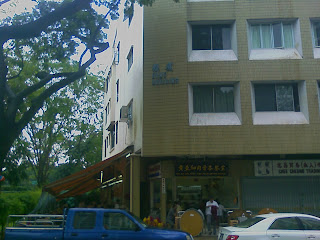 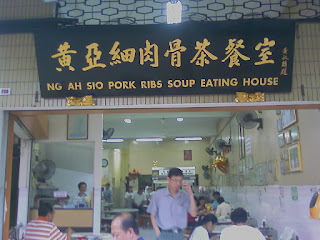 Someone can tell me how to subscribe this blog, please! I want to update news daily for my website: https://xuongmunon.blueseaco.vn.